Last Wednesday I travelled to Nigeria together with a Norwegian friend and CFAN team. This week we are guests during the CFAN campaign here in Port Harcourt. Coincidentally, I met Kees from a Dutch program called scammers abroad at Schiphol. They made an episode here in Nigeria, which I had watched this week. He told me that we would arrive in a tent at the airport. I thought he was joking but after a few hours of flying, we indeed arrived in a tent on a primitive airport here in the city. After taking our luggage, we went to our residence with an escort. We had a safe journey and are very happy and thankful to be here.

Yesterday morning on the first fire conference John Darku and Peter van den Berg were preaching. In the evening Daniel Kolenda preached. Durning the evening a huge crowd attended, there were around 65.000 people at the campaign field to listen to the Word of God. The hunger in this city for the Gospel is huge.

I was thinking about the words of Jesus in John 12:32 “ When I am lifted up from the earth, I will draw all people to Myself’’. This is what we see happening here.

After the preaching, they prayed for the sick. God did mighty signs and miracles. People were cured from all kinds of sicknesses and diseases. During the testimonies there was a woman who had been deaf for 2 years, she witnessed that God had touched her and that see received healing. I also saw, just before my eyes, how a crippled boy walked to the stage without having to use his crutches. There is so much happing here, I can’t describe everything, but it is amazing!

Jesus is still the same! The miracles which He did in the past, He also wants to do it today. It is a privilege to be here. Tonight we have the second campaign night. More about this later. 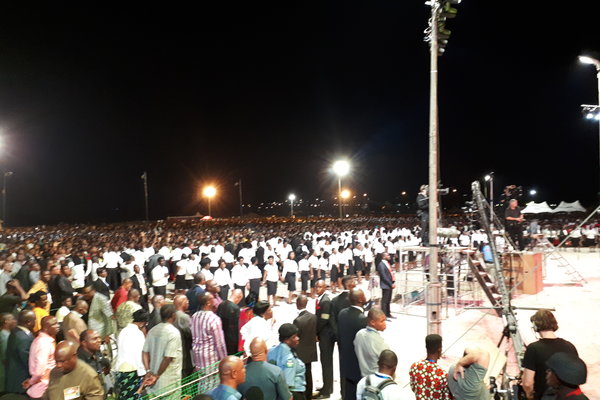 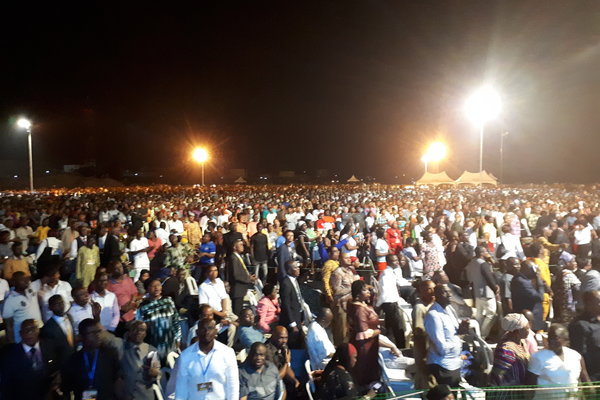 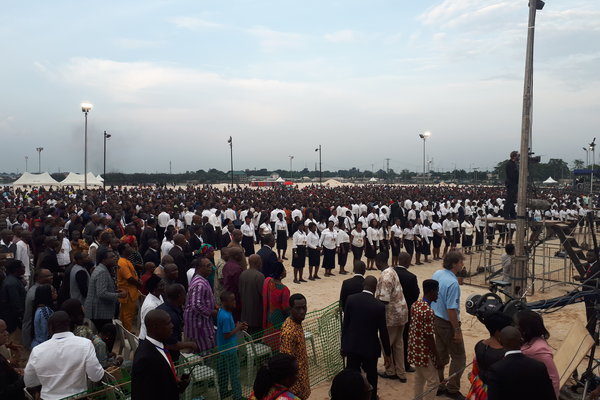